First, the bad news: Your memory speed naturally declines by about 2 percent each decade, starting in your late 20s. (Hence the lost keys and tip-of-the-tongue Jeopardy! trivia.) But the really good news? There are lots of research-backed strategies to keep your noggin sharp over time, says Gary Small, MD, director of the UCLA Longevity Center. Read on to discover key facts about your brain. 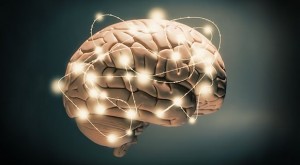 Emotions can muddy your recall

Ever wonder how a witness to a crime can see one thing and think she saw something totally different? Her account may be skewed by fear, explains Gary Wells, PhD, a psychologist at Iowa State University who specializes in eyewitness testimony. “Fear triggers a survival response that uses up cognitive resources, so the emotion can impair memory encoding,” he says.

Some people swear the details of an event are frozen in their mind like a photograph. Not likely, experts say. “Our memories are more like a narrative that we continually edit,” says Charles A. Weaver III, PhD, chair of psychology and neuroscience at Baylor University in Waco, Texas. Research into people’s recollections of 9/11 showed that more than 70 percent claimed they remembered seeing live footage of the first plane hitting the World Trade Center, even though video of the crash didn’t become available until later.

Deja vu is for real

“It’s a response based on a general feeling of familiarity,” Weaver explains. It may be that a particular scent or sensation has triggered a related, dormant memory, making the current situation feel familiar.

RELATED: 9 Foods That May Help Save Your Memory

In a study at the Washington University School of Medicine in St. Louis, people who received high doses of the stress hormone cortisol daily for four days performed worse on recall tests than those in the control group. And University of Pittsburgh researchers discovered that women who reported feeling high levels of stress over the course of 20 years had decreased volume in the right side of the hippocampus. Fortunately, other studies have shown that relaxation techniques like meditation, yoga and tai chi can have memory-enhancing benefits. Anything that calms you down should have the same effect, whether it’s chatting on the phone or going for a run.

Memory blips are nothing to fret about

Tip-of-the-tongue experiences can feel freaky. But a reassuring study from the University of Virginia found that these little lapses are not likely related to cognitive drop-off. “Your ability to quickly access info starts to decline naturally as early as your 30s,” says James Leverenz, MD, Cleveland director of the Lou Ruvo Center for Brain Health at the Cleveland Clinic. And chronic multitasking (which many of us do) only makes it tougher to focus. “The brain cells storing the factoid you’re searching for haven’t died—they just need to be dusted off,” Dr. Small says. Other totally normal memory mishaps: trouble recalling what you did last month or a year ago, and a phenomenon called “scrambling” (when minor details get mixed up in your head). A sign you should worry? You or your loved ones notice that you’re progressively struggling with daily activities—like balancing your checkbook or cooking your favorite meal. In that case, visit a neurologist.